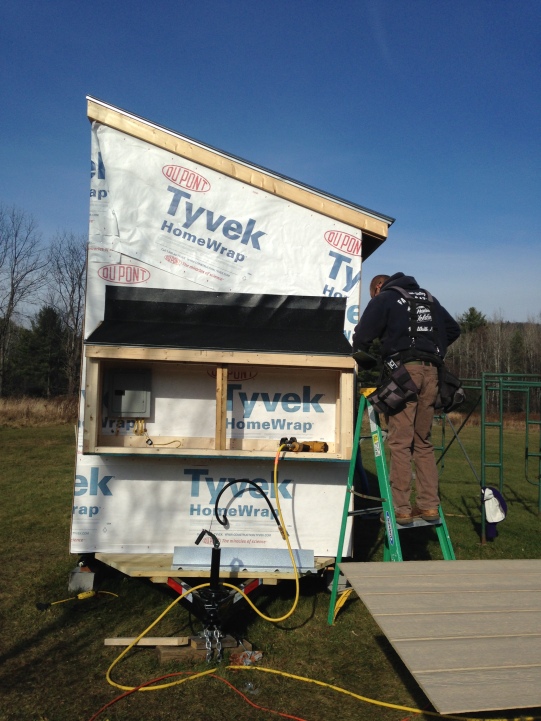 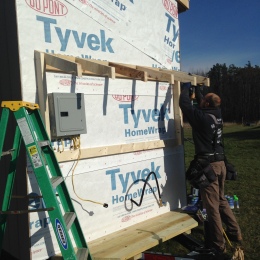 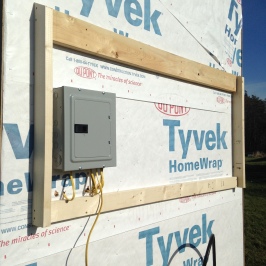 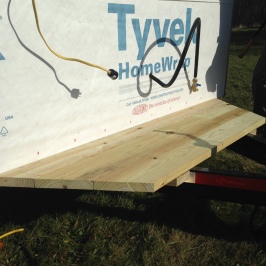 There’s a deck over the tongue of the trailer to hold the propane tanks that I use for heat, hot water and cooking. We built a box over the deck to help keep snow (which we have none of this winter) off the tanks, protect the electrical panel from moisture and provide extra storage space. It also was the abyss for everything we could possibly misplace while building. We rushed to get the box built in November so we could finish siding that part of the house but didn’t end up putting doors on it until December. By some sort of miracle – or, you know, climate change- we had a really mild December. I ended up painting the doors of the storage box in the middle of the night. Why would I paint exterior of my house in the dark? Because it was 50 freaking degrees!…In mid December…in the Adirondacks…and when the weather is that warm, you take advantage. Even if the only time you can do so is in the middle of the night.

Word of advice, try to avoid painting in the dark. It won’t look very good but it might look better than oatmeal colored primer.